A Cup Size: What Do A Cup Breasts Look Like?

So, what does an A cup size look like? Are the breasts tiny or a handful? Read on to find out.

Do you have any idea of how A cup breasts look like? They are tiny, ‘barely-there’ breasts, right?

That’s, at least, what most people are made to believe, especially when they compare breasts by size. But you couldn’t be more wrong!

An A cup size is not the smallest bra size because one woman’s A cup is typically another’s D cup. This might be confusing as it is surprising.

Find out more as we get into the details.

By now, we all know that bra sizes are made up of both letters and numbers that represent breast size and ribcage circumference respectively. The outcome of the difference between your underbust and overbust is the letter, which is the cup size.

Visualizing what an A cup really looks like is a bit tricky since they come in different sizes. Here are some images showing different A cup size breasts.

Wearing an A Cup

Take an example of a woman wearing an XL and the other XS.  In this case, both have their breasts sticking out at a similar distance. However, the boobs are wider on XL since they have more breast tissue.

Let’s get another person in this equation, wearing XS but with an equal amount of breast tissue as that of XL. The breasts will stick out further away from the body for the breast tissues to fit perfectly in a bra owing to the narrower torso.

Onto our main point, A cup breasts are larger on plus size women and smaller on their counterparts with petite frames.

According to different sources, the weight of A cup breasts is similar to that of two jelly pots, 65 tea bags, 11 pancakes and two chipmunks.

However, the weight depends since women have different breast tissue amounts. This explains the weight difference.

AA Cups vs. A cups

We all know that DD boobs are bigger than D cup size.

In UK bra size charts,  where double letters are used in bra sizing:

However, this is an exception for A cups. B cup is the next size right after the A cup, which makes AA and AAA an inch smaller respectively.

AAAA, AAA and AA are rare sizes but they exist! Finding these bra cup sizes is quite a hassle since most famous brands don’t manufacture anything below an A cup. You’ll therefore need to scout for brands that specialize in bras for small breasts.

Check out some of our recommendations below. Here are other small bra size brands you can consider.

The AA and A cup size difference usually depends on the bra’s brand. Besides, the difference is just the same as in the case of A and B cups.

Comparison Between A Cups and Other Cup Sizes

Cup sizes A to D are usually referred to as core sizes since they are the most common. However, this doesn’t mean that they are the only ones that women need or should wear.

As explained earlier, the difference between the underbust and overbust is usually an inch representing the cup size. Therefore, with the same band sizes, we have:

Is an A Cup Common?

An A cup size is easily available than an AA cup. But is it a common cup size?

In America, the average breast size is a DD and bigger. That is a lot of sizes beyond the A cup. Therefore, it’s safe to assume that many women don’t wear A cup size.

However, in some countries, mostly Africa and Asia, you’ll find that A cup is their average size.

Here are countries where an A cup is the average breast size:

Countries with smaller than A as their average cup size:

A and AA Cup Size Celebrities

If you are planning on enhancing the size of your breasts from an A cup, here are some things you need to know:

Plastic surgeons disagree on a lot of things except for the size limit of the breasts. You can’t enhance your bust size from A cup to an E cup! If the implants are too large, the skin will not stretch out enough to close the incision area.

However, some surgeons can increase the size of your breasts dramatically in stages, from smaller implants then transitioning to larger ones later.

b)      Implants are measured in cubic centimeters and not cup sizes

40A breast sizes are a lot wider than their 30A counterparts. Therefore, moving from 40A to say 40B, you’ll need more volume compared to going from 30A to 30B. That’s why there’s no cup size that suits everyone.

Generally, implants usually come in 150cc to 200cc to increase your cup size by an inch. But depending on the shape of your breasts, you might need up to 340cc.

The implants shape is equally important. Breasts tend to stick out further away from the chest if the implants are raised, making them look bigger as compared to flatter ones. The surgeon should recommend the right size and shape.

Here are some of the best A cup bras: 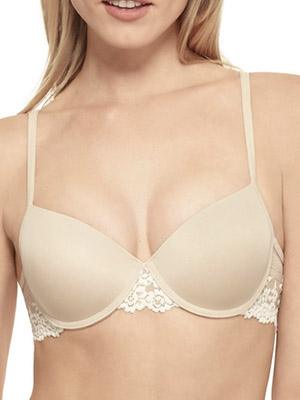 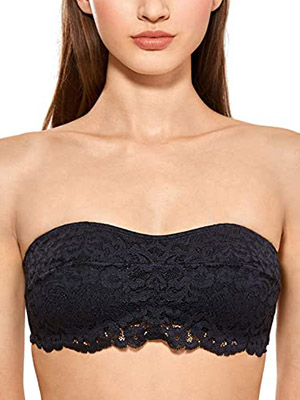 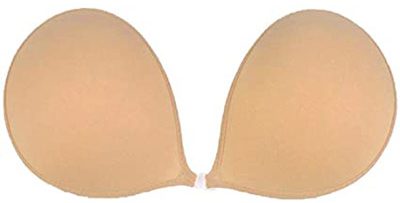 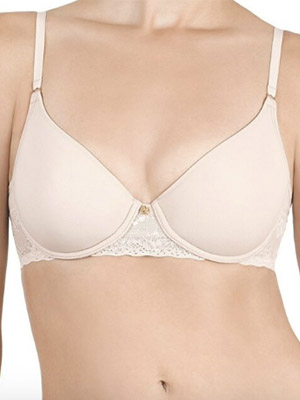 Generally, bra shopping is usually hard, which makes getting an A cup bra with a perfect fit a lot harder. These tips will see you through the entire process of looking for AA cup bras or even smaller.

An A cup size falls in the small breast sizing chart in the lingerie department. When it comes to breast size spectrum, these types of breasts are typically on the smaller side.

However, it’s important to note that A cup breasts come in different sizes and shapes. Most brands make A cup bras but you’ll notice that sometimes it’s hard to get a perfect fit even with the right size.

If the bra tends to wrinkle or gape, you probably have shallow breasts. However, finding a fitting bra will no longer be an issue if you follow the tips above.