Do you know how big a DD cup size is? What about DD boobs, which are the best bras for them? Read on to find out.

When talking of a D cup size, you’ll realize that almost everyone has the same description of how it looks like: presumably big, sometimes huge.

However, taking everything into account, a D cup actually falls on the smaller side of the sizing chart. Shocking, right?

For starters, in the US, the average breast size is between DD to DDD, which is already bigger than the D cup size!

This is quite confusing. I know you are probably asking yourself how big is big in this case.

How different is a D cup size from DD?

Well, if any of these questions are playing in your mind, you are in the right place.

D cup is not a specific bra size unless the letter is used with a number. This means, women who wear bra sizes 40D, 36D and 32D all have different breast sizes. You can only understand this if you know how the bra size calculator works.

Bra sizes include both letters and numbers. The number is usually the circumference of the ribcage – the length of the bra’s band – while the letter is typically the breast size.

However, on a plus size woman the breasts could be wider and, hence, look bigger.

D cup breasts come in different sizes. This is why one woman’s D cup can be the same size as that of a B cup in another person. For instance, the bra cups of a 32D and 34D stick out in a similar way but tend to hold more in terms of volume since they are wider.

Here are pictures of how DD breasts look like:

If your ribcage circumference is 34, which is the band size and you find it too big, you’ll need to go down a cup size, i.e., get a 34C. Similarly, going up a band size requires you to size down on the cups. 36B would be ideal in this case.

The band is probably a bit loose for your liking but this shows that both women, the 36B and 32D have different body frames but the same breast size. This explains the sister sizing theory.

Most women go for sister sizes unknowingly as they tend to pick smaller cup and bigger band sizes when shopping for bras. According to research, the cup size is usually underestimated, unlike the band size.

Most women try on different bra sizes in their quest to finding the right fit. And that’s how they know of the existence of larger cup sizes and smaller band sizes. Besides, you wouldn’t know a perfect fit unless you are conversant with the tiny details on different parts of a bra and how they should look on the body. Make use of the bra calculator or look for a professional bra fitter to know if you are wearing the right size.

Why Most People Believe a D Cup is Big

Bras come in different cup sizes, from A up to L and beyond. Most people believe D cups are larger due to their availability in stores.

The first bras were only available in large, medium and small sizes before the invention of A to D cups thanks to the S.H. Camp and Company. Most brands followed suit and took on the letter bra size system and never thought of going beyond the four sizes.

Cone bras were featured in the Vogue magazine in 1952 or there about and this made people shift their focus on larger breasts as they were deemed more desirable. 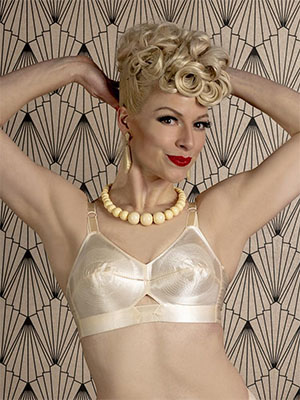 This made different brands introduce more bra sizes. The next size after D was DD and not E since there was probably some stigma associated with having bigger breasts. Also, most women would hate to know that they have anything beyond the normal D cup breasts at that time.

Currently, there are many bigger cup sizes but A to D are still the most common. In fact, most lingerie stores in America don’t stock D and DD cup sizes which is also a contributing factor to what people think as big when it comes to bras.

The dominating brands in the US are a bit slow in expansion above the D cup.

The Difference Between D and DD Cup Sizes

When it comes to bra sizing, the difference is almost the same in D and DD cup sizes. As earlier mentioned, DD breasts tend to stick out an inch further compared to D. For instance, with the same bra band size a DD cup would be a little bigger which is the exact size difference in B and C cups.

However, the construction is a little different between bras made for DD and D breasts. The full bust bra sizing typically begins at DD. Besides, DD breasts require more support, even on small band sizes. This is why bras catering to women with massive breasts have certain features like wider straps, side panels, seamed cups and taller bands for additional support. They equally help keep the breasts securely in place without compromising comfort.

Read our guide on how to choose a bra for big bust for more information.

The Next Bra Size After DD

Well, the next bra size after the DD cup depends on your location. In certain countries like Europe, a DD cup size doesn’t even exist since the bra brands get to E after the D cup, just like in the alphabet. As they should, right?

Some brands in America are doing the same thing while others add an extra D to a bigger cup size like DD, DDD, DDDD and so on.

In this case, a DD cup is an E equivalent, DDD is an F and DDDD is a G cup.

That is just a tip on the iceberg if you are already confused since the UK is on a whole different level in terms of bra cup sizing. In their version, after the D cup, you double the alphabet before moving to the next one. For instance, F, FF, G, GG and so forth.

UK bra sizing also doesn’t have I cup sizes. The letter is skipped since it looks more of number 1.

It’s easy to get a wrong cup size especially when ordering your bras online. So, ensure you check the international bra size conversion chart and take note of equivalent bra sizes in different states.

DDD cup size is an E equivalent in the UK while DDDD is an F but slightly bigger compared to the standard E and F in the United States. F and G cups are the same in the US and Europe.

Use the international conversion size chart to clear your doubt.

So, how big are DDDD cup breasts?

Technically, they are only an inch bigger than DDD cup size using the 1-inch difference theory. These breasts are relatively big since they both are full bust sizes. The theory of one woman’s D cup being smaller or bigger than the other also applies here.

However, 30DDD breasts are significantly smaller than 40DDD. Similarly, 38DDDD and 40DDD breast sizes could be the same in terms of sister sizing. For example, to achieve a similar breast volume as that of a 40DDD, you’ll need to go for cup DDDDDDD if the band size is 32.

So, how big are DDD and DDDD cup sizes? Relatively big depending on the band size.

Here are some of the best bras for these bra sizes. 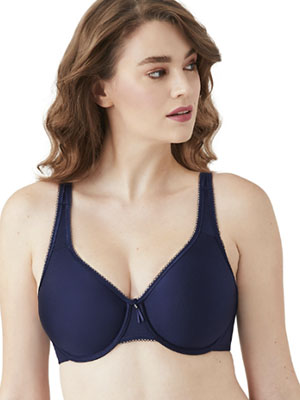 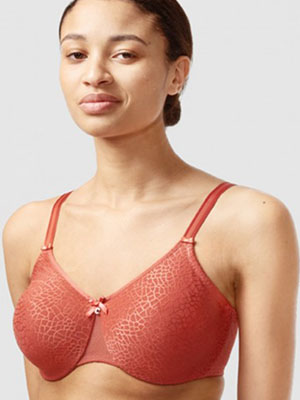 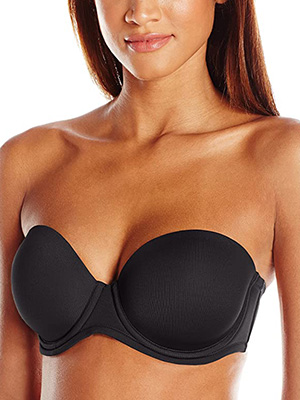 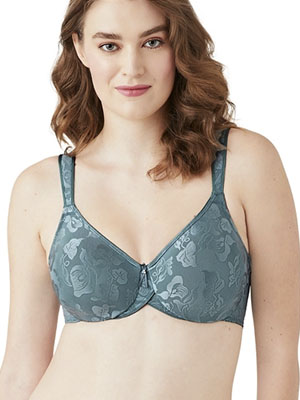