Home
Feature Article
What is the Average Breast Size in US?

When we hit our teens, a world of confusion is unleashed upon us.

Both boys and girls experience their fair share of confusion when they become teens. However, girls have to contend with various issues regarding their bodies, which typically drastically change throughout their adolescent years. Most women end up obsessing about their size, weight, and appearance.

Back in the days, the ideal female body was defined by what we saw in magazines and runways. Today, social media sites like Instagram define what we think is the best look for a woman. What with Instagram influencers that look so exquisite effortlessly in their hourglass curves, flawless skin, perky melons and bottoms, and tiny waists.

The influence of social media on teenage girls cannot be denied. Many teens want to be like the influencers that they see on social media. However, they are not yet mature to know that it is impossible to have the “perfect” body.

Even worse, teenage girls whose bodies are just developing get caught up with their appearance, not knowing that how they look at 12, 15, and 17 can seem to be completely different to people.

Before you get obsessed over your body shape, let’s find out the average bra size for teenage girls in the USA. 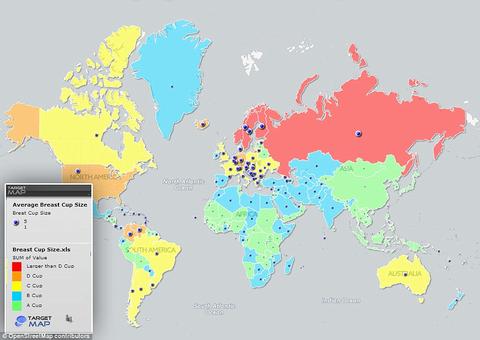 When teenage girls first develop breasts, they are likely to begin wearing training bras. Getting a training bra for your young girl helps to prepare her for the upcoming phase of her life, which she may find not so comfortable.

In fact, there are many good reasons why you should introduce your girl to a training bra. Women of all ages can also consider other types of alternative bras.

Back in the 1950s, medical professionals recommended training bras for young girls to prevent the growing breast tissue from sagging, and to offer support. However, today, it is common knowledge that newly developing breasts do not require any kind of support.

This, however, is not to say that training bras do not have their place in today’s world. In fact, there are many good reasons why you should introduce your girl to a training bra. The bras play an important role in helping your pubescent girl to get used to wearing the over-the-shoulder breast that she will wear for the rest of her life.

What’s the average bra size of a teenager in the United States?

Well, let’s first start by looking at 12-year-old girls. The average bra size for a 12-year pre-teen can really vary because of the different stages of puberty that a girl may be in.

Girls that reached puberty earlier may have even transitioned from training bras to those offering better support.

Generally, 12-year old girls are still in the breast-development stage. Therefore, they are likely to don the smallest cups, such as AA, A, triangle bras, and bralettes. These bras are typically designed to cover the nipples instead of offering support. Some gals may not even be using a bra yet.

Puberty usually occurs during the early adolescence period. This is the development stage, which typically ranges from 11 to 24 years. Therefore, early teenage girls may still be waiting for puberty to set in. For this reason, it is nearly impossible to accurately determine the average bra size of a 13-year old or 14-year old.

The melons are likely to stop growing when the puberty session is complete. Majority of girls reach puberty by age 14. Therefore, by age 15, they are likely to have moved on from the training bra phase to using real bras that offer support!

Some girls may take some time to get used to wearing real bras. However, most girls have not fully transitioned to womanhood at 15. This means that their breasts are still growing.

Still, from the studies done, it is not surprising that the average bra size for women in America is that of a 15-year-old, that is, a 36C. However, this does not mean that all 15-year old girls wear a 36C. Some, who may not have finished growing, may still have to wear bras in the A or B cup sizes.

By the time girls reach 16 or 17 years, they most likely have passed the puberty period. These teenage girls should now be embracing their womanhood and getting used to their formed felinity.

Another interesting thing to note is that most teenage girls and women wear the wrong bra size. When looking for a bra, you may get the size wrong. However, your back and breasts would be affected when you wear an ill-fitting bra for a long time. Apart from this, a bra that does not fit is not just uncomfortable, but also unflattering.

It’s important to measure your breasts properly to get the correct bra size. Wearing the correct size bra will give your body a great shape while supporting the breasts properly. Apart from this, the bra will relieve pain on your shoulders and the back. Finally, the bra adds a slimming effect around your waist, which is something that most women prefer.

Don’t get bogged by the images you see on social media that try to define what the “perfect body” should look like. You are beautiful in your own way. Appreciate yourself every morning when you look into the mirror.

Want to find out your exact bra size? Use our handy bra size calculator. 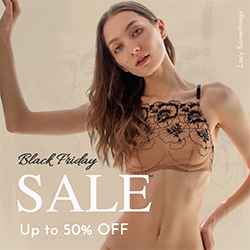