Let’s talk about the Butterfly Bra. This bra is colloquially known as the “Instagram Butterfly Bra” or just an Instagram bra. After looking through the internet, you will find that most people own this bra, and it has a perfect representation on YouTube and also in writing. The butterfly bra hit the market in 2008. 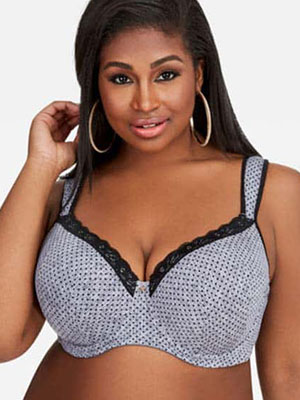 Jill Scott did launch the original Butterfly Bra in 2008. The famous Ashley Stewart sells this bra besides plus size clothing in retail.

Jill Scott was not the first celebrity to launch a bra line. The likes of Heidi Klum, Ashley Graham, Dita Von Teese, and Rihanna all came up with their bra lines. Save for Ashley Graham, majority of these bra lines don’t cater for the plus size women; therefore, this bra certainly made quite a loud splash.

Even though she’s not the only star to venture into the market for plus size women, this Butterfly Bra by Jill Scott still reigns supreme. This bra went ahead of other celebrity bra lines in addressing the issues of its target market, and also put some work on the bra’s design physically, surpassing what other bra lines were offering its clients.

Why You Haven’t Heard About this Bra 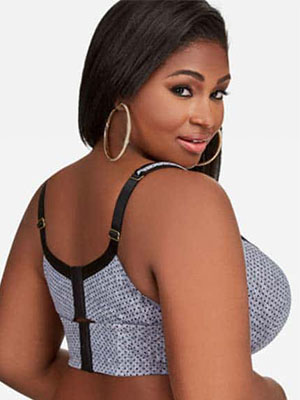 On its first launch, it did receive some attention from the media though not as much as it should have. The Chicago Defender did quote Jill Scott claiming several retailers didn’t want to sell the bra since they thought its target was explicitly the African-American women. And this only means that the retailers thought the market size was quite small to produce such products.

Some people would argue that Jill Scott doesn’t have the mainstream appeal as the brand ambassador; the bra does on its own. Several statistics indicate that there’s a rise in the number of overweight people and the bra sizes in the market are growing bigger. Some full-figured women are yet to find a bra that fits them perfectly.

What is Special About the Butterfly Bra? 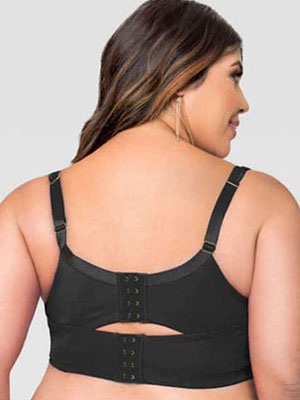 On making the bras, the designer had the plus size women in mind, especially those with massive breasts and the problems they experience like an annoying underwire, straps that dig in the shoulders, and also the feeling of overloading the shoulders.

Comfort bras come out to address all these issues, but the Butterfly Bra digs deep into it. The Butterfly Bra has some gel on its broad straps, which helps in improving the comfort of the bra and also reduces shoulder digging.

Additionally, the bra has a broad back band with five hooks each, and you can easily adjust them, resulting in enough coverage at the back. The band at the back also has a smoothing effect and offers maximum back support.

The idea of the bra featuring a broader band at the back isn’t revolutionary since posture bras did that already. However, this bra is great because it doesn’t make you feel like you have orthopedic hardware on wearing.

This Butterfly Bra is a collection catering mainly to the plus size women. The band sizes are from 38 in several models, and going up to 46. The cup sizes are from D up to H.

This bra produces a little of everything – they do bralettes, bras with soft cups, and both wire and wire-free bras.

You will love their soft-cup bras. The molded shape of the cups was not all that. Firstly, the cups are broad enough; the depth of the cups is sufficient, which makes the gores not to tack. Its cups are smooth under your shirts, and the underwire doesn’t poke. The back of the bra is quite impressive that you can pass on the not so great support.

The soft-cup bra fit reminds me of Berlei Minimizer which people used to wear way back. The gore didn’t tack, yet had a better fit compared to the molded cup bras.

The straps on this bra are exquisite. Many bras have padding, but this one has a gel that makes the straps more comfortable. Ever since I bought my bras from Elomi and Freya, I haven’t quite had any trouble with shoulder dig, but the gel is a super thoughtful feature on this bra.

The gel means that you will have to sacrifice when it comes to adjustability. People with a long torso may find some difficulties with the strap’s length.

The back of the bra provides your back with high-level support in the right places. The design of the band is in such a way that you can shift it up and down the back. It gives you room to set the bands on different levels when it comes to tightness, and this would entirely depend on where their position on your back. It comes off like a posture bra in terms of support. The Butterfly Bra is ideal since it keeps your weight distribution equal.

The cups need a lot of work since they require some improvement. Just like the molded cup bras, this bra also has some limitation when it comes down to depth. And to get the melons to sit at a position you desire, the straps will undoubtedly need an adjustment.

The underwire doesn’t come up on the sides, which comes through for people who have trouble with the underwire digging on their sides. The bra is comfortable, and you only need to pull the straps of the bra so that it can sit properly under the melons.

The tacking of this bra is not perfect, but this could be due to the inadequate depth of its cups, especially if your breasts are fuller at the bottom and also projected.

This bra got several things going. The bra line comes off as visionary. The soft cup bras are incredibly comfortable, and its back is exquisite. Save for the bra’s tacking issues, and you can still achieve that perfect fit with this bra. The only problem is that people with big breasts will need to pull the straps of the bra a little high.

The Other Butterfly Bra 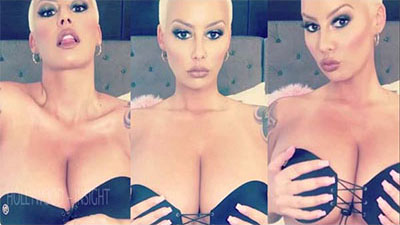 How the Bra Got Its Name

Many people call it an Instagram bra since it became famous after a thorough promotion on all social media platforms. Everyone, including the famous Amber Rose to Instagram, who has a fledging account, did show off this bra.

Its shape is the reason why people call it the Butterfly Bra. Most of them have two adhesive sheaths which you wear on the breasts, fastened by a string at the center of the bra hence making tightening to your fit possible. 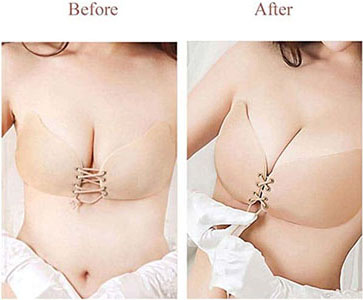 What the Bra Does

It does almost everything. It provides excellent support and cleavage without any restrictions of pesky bands as those of a strapless bra.

Does This Bra Work?

You can’t get a straight answer on this one. It goes both ways. You don’t need to try it on to get to know if it works or doesn’t. YouTube has several videos you can watch, and you’ll be good to go. This bra is ideal for people who wear cup sizes A to C and some D cups. But, to achieve similar results like on the YouTube ads, your breasts have to be natural, have some self-support, and also need to have augmented melons.

If you have slightly saggy breasts, cup sizes D, E, and F check out the reviews before trying.

For dresses with an empire waist which have a tight bodice, they can make it possible to get away with this bra if you are using it to create cleavage. In this case, the dress’s shape helps to provide support which this type of bra cannot achieve.

It’s not sure yet if you can wear the butterfly bra under a tank top or any outfit with a loose fit and feel utterly comfortable throughout the day.

If luck happens to come your way, you can get two to five uses from this type of bra before you need to replace the adhesives when they wear out. The product description says that “The bra is not suitable on high temperatures and under a lot of pressure since when you sweat, it may slip off.” This statement alone will make you wonder just how much is enough when they talk of pressure and getting sweaty. 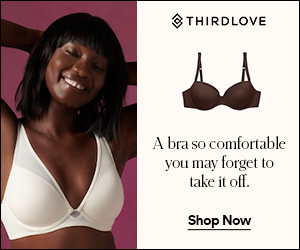 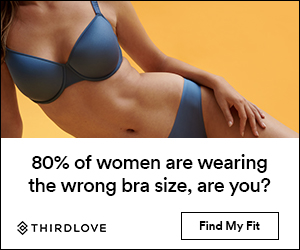